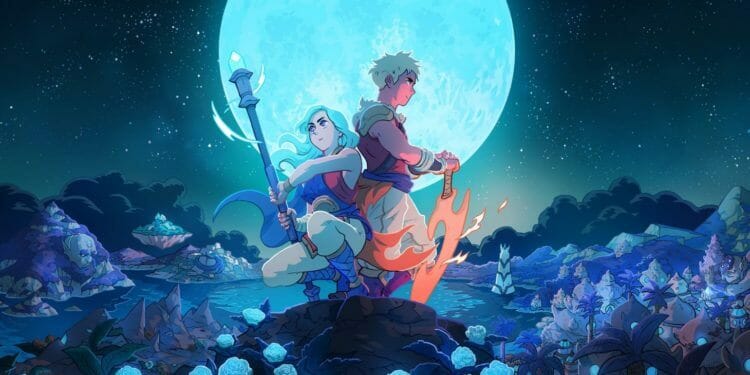 Yasunori Mitsuda, known for his music in various classic RPGs, is planned to contribute music to Sea of Stars. Some projects Mitsuda is known best for are games such as Chrono Trigger, Xenogears and Shadow Hearts. For those not aware, Sea of Stars is an upcoming turn-based RPG in development from Sabotage Studio.

Sea of Stars, other than being a turn-based RPG, is also a Kickstarter campaign that launched on March 19th. As of the time of writing, the game is currently over 500% funded, at CA$618,000. Garnering this much has allowed it to completely clear all of its previously announced stretch goals. In a press release for the game, Yasunori Mitsuda explained what made him want to contribute to the game. He explained, “Without knowing exactly why, ‘I want to write music for this game’ was the feeling I had while seeing it convey the nostalgic golden age of the 90s. ”Although there are still many games being released with this classic style, I don’t think players are satisfied with just nostalgia. As seen in their previous game, by adding new systems and ideas to classic formulas, Sabotage Studio breathes fresh, new air into their work.”

Mitsuda also added, “Impressed by the respect they show for past games while at the same time giving players new ways to have fun, I found myself wanting to make a game with everyone at Sabotage Studio. Please look forward to an exciting adventure.”

In addition, the CEO of Sabotage Studio, Thiery Boulanger, also explained, “Mitsuda’s music has carried me for years, I still listen to his work every week while working at the studio. He has been such an inspiration for so many of us, we couldn’t be more honored that some of his music will be added to our game. It’s exactly what Sea of Stars needed to feel truly whole.”

Sea of Stars is planned to release on consoles and PC (via Steam) in 2022. For more information, you can check the Steam link posted before, or their Kickstarter here.

What did you think about Yasunori Mitsuda contributing to the music of Sea of Stars? Are you hoping the game’s soundtrack becomes memorable for years to come? Let us know your thoughts in the comments section below.

If you liked this article’s coverage, be sure to read our coverage on March’s Indie World showcase here.