The beat ‘em up nostalgia is here!

When I heard that after 26 years there was finally a new part in the Streets of Rage universe, I felt anything but anger. I was excited for Streets of Rage 4! For me, that franchise is equal to my childhood and is therefore a chunk of nostalgia packed in a SEGA Genesis cartridge. 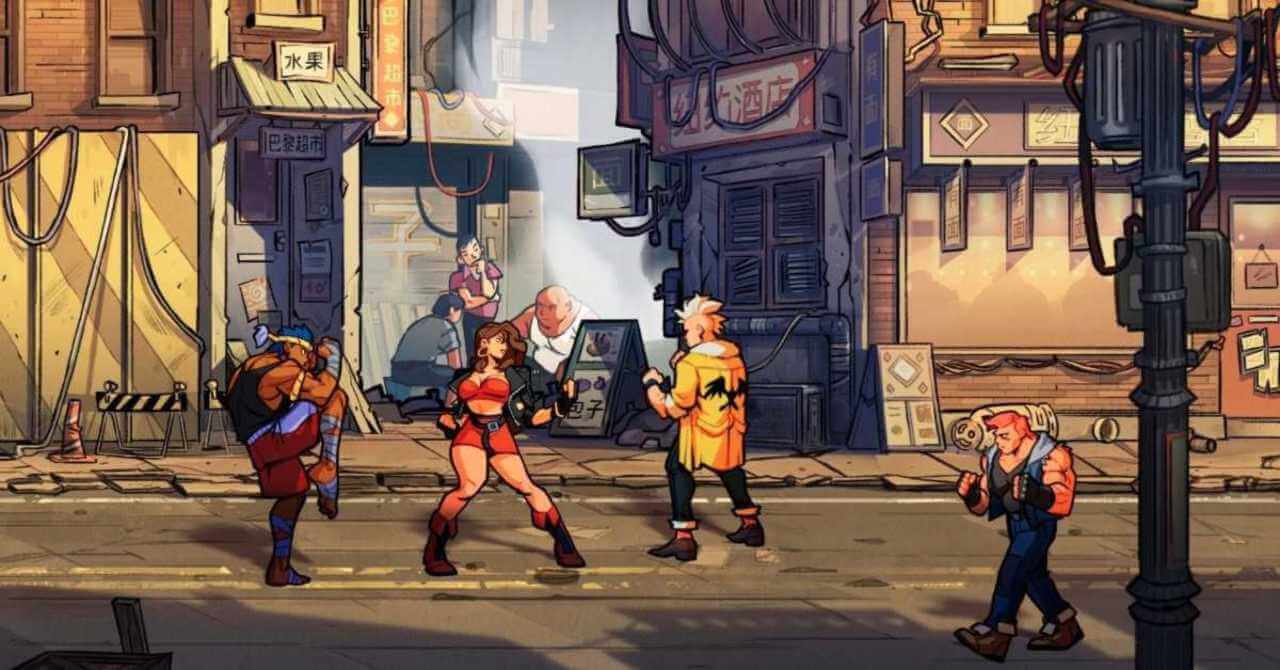 IT TOOK A LONG TIME

It’s an understatement when I say that Streets of Rage 4 has been a long time coming. You can say that there has also been a lot of time to carefully think about a catchy story around the characters, but unfortunately not. The story is even thinner than a sheet of A4 paper and therefore not really interesting. The only thing that keeps the story alive is the way they present it.

They designed everything in a nice comic book style and are therefore pleasant to look at. It is a pity that they did not put more attention into the story, because that would have complimented the art style of the game much more. Now it is more of an empty shell. A beautiful one, but empty. The events of Dotemu’s Streets of Rage 4 take place several years after those of the third part.

We can also see this in the characters. They are all the same, but now look a lot older. For example, Axel Stone has turned into a kind of Chuck Norris and Blaze Fielding also has a more mature appearance. Together they fight against the Y twins, the children of Mr. X. You know, the evil character you took on in the first three games. Mr. X was finally defeated in the third part, but his offspring now makes life miserable for you.

So in Streets of Rage 4 you take to the streets again to bring back the peace in the city. I noticed while doing my Streets of Rage 4 review for PlayStation 4, that this time you will not only do that with the original trio Axel Stone, Blaze Fielding and Adam Hunter, but also with two new characters. Cherry Hunter is the daughter of Adam Hunter and the bumpy Floyd Iraia is a student of Dr. Zan. 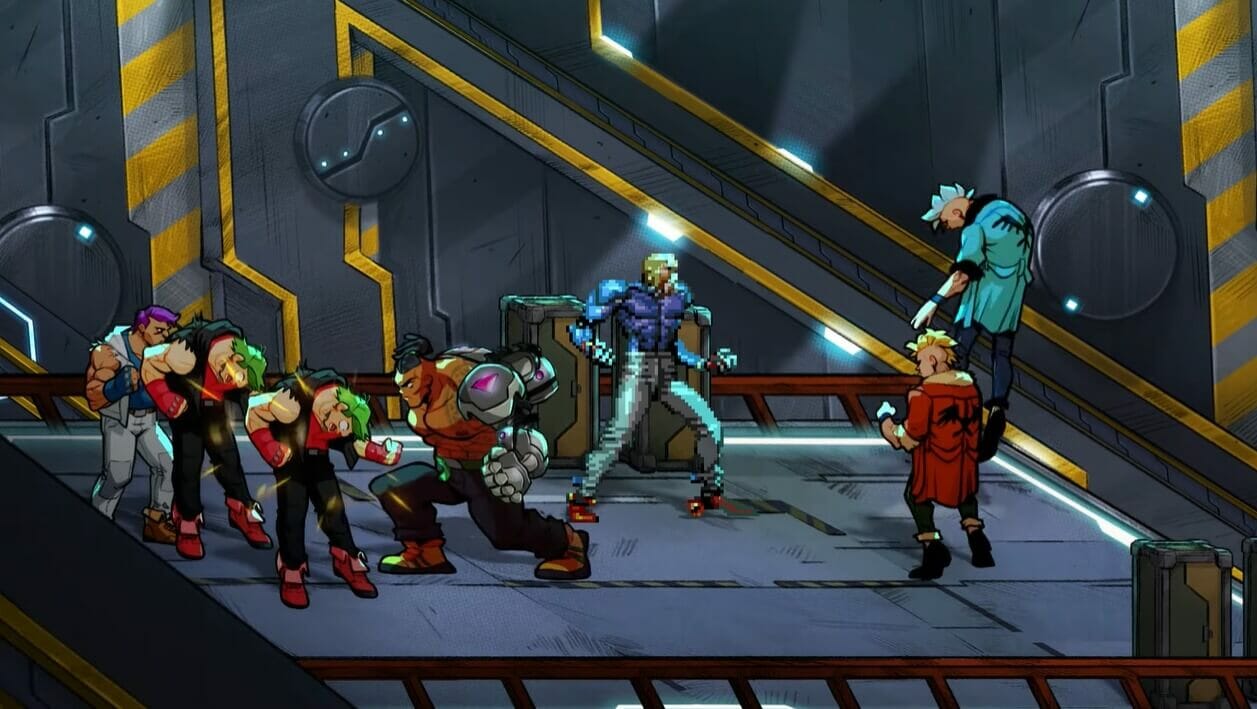 Despite the fact that Streets of Rage 4 is a sequel to the story we already know, it still looks a lot like the games from the past. Of course, everything in the game is visually seen in a contemporary jacket, because the eye wants something too if you know what I mean. But the battles, objects, and enemies are all a celebration of recognition.

So if you play this game for the nostalgic value it has, you will certainly not be disappointed. From the apples to wine bottles and from roasted chickens to recognizable enemies, the original series has been carefully examined. Not without reason, of course, because we can describe the Streets of Rage games as classics in the beat ’em up genre. However, developer Dotemu has been too hard on the games of the time.

I noticed while doing my Streets of Rage 4 review for PlayStation 4, that sticking to all those elements of the old games is both the strength and weakness of this game. For example, it causes the characters to move through your screen like snails, with the exception of Cherry Hunter. Nowadays everything goes much faster, and it just doesn’t feel good when you approach your enemies in slow motion.

In that sense it lacks the action and speed that you can and should expect from games today. I understand the choice for the classic approach, but it just does not benefit the game in my opinion. For extra fun you can play the game with four players, which of course guarantees a lot of fun. 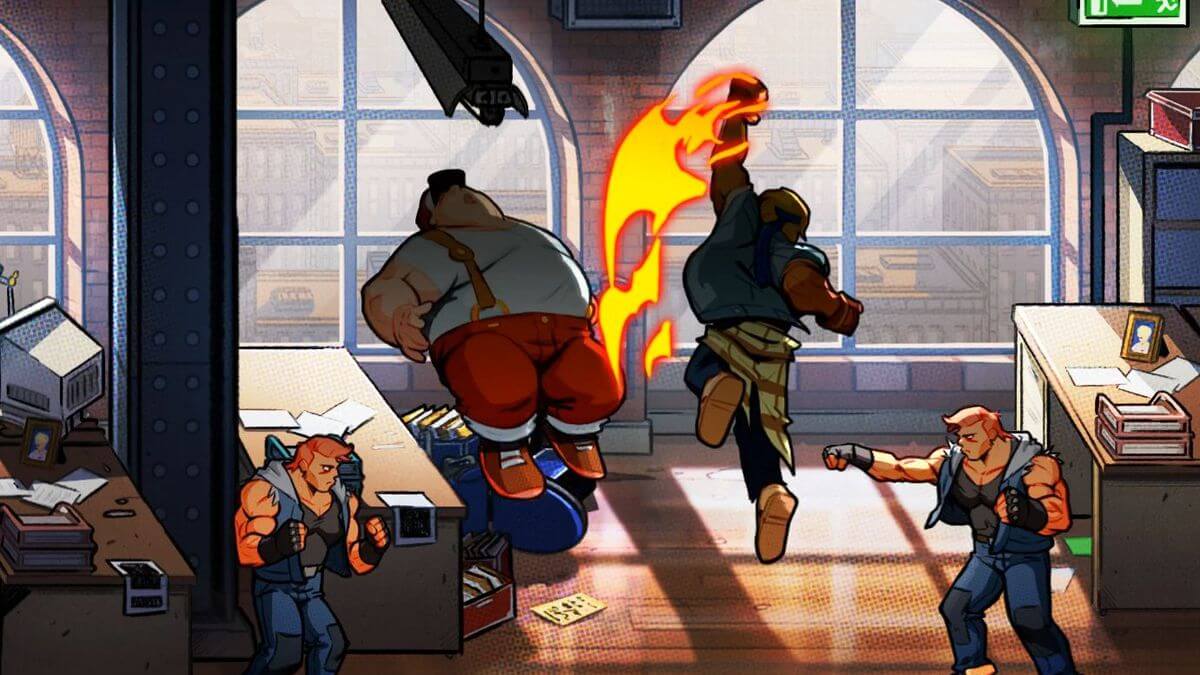 Fighting in Streets of Rage 4 feels a certain way like it used to in the past. The characters again do not have that many different moves and this also fits in a game like Streets or Rage. However, it does matter which character you choose, because Dotemu did not get rid of it simply by throwing some different skins into the game. Each character has his or her own unique moves and is therefore great to play with.

Cherry Hunter has the speed that you miss completely in the game and Floyd Iraia is a great source of power, but very slow. Which character suits you best depends entirely on your playing style. It’s also funny and great that you can unlock the retro characters and thus continue the adventure. As mentioned earlier, each character has his or her own unique moves.

I noticed while doing my Streets of Rage 4 review for PlayStation 4, that in principle, you can regain this by making combos, but if your combo is broken, you will definitely lose your health. Scattering with special attacks is no use. You really have to think carefully about where and when you are going to use it, otherwise it can be fatal. Especially if you play on a higher difficulty level. 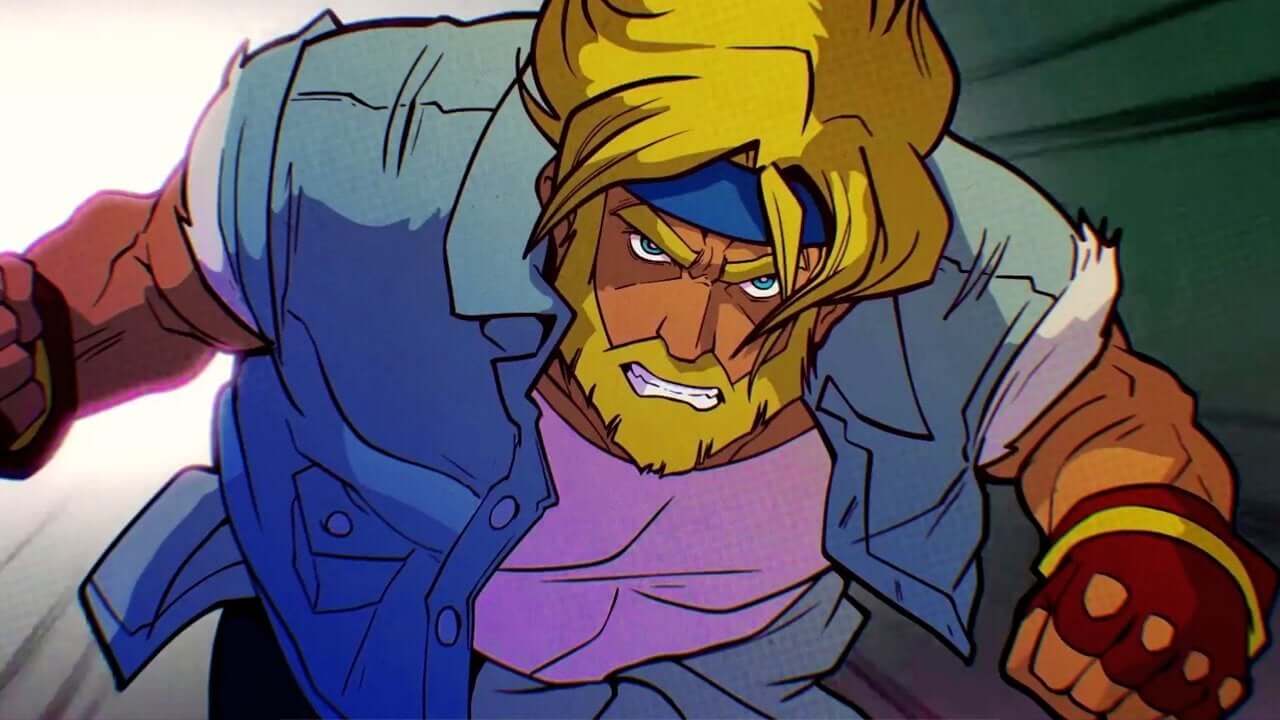 If you are not familiar with the first three parts of the Streets of Rage series, then you will be glad to hear that this is a nice and entertaining beat ’em up, like you used to play in arcade halls. The game has a nice style and is well put together, but developer Dotemu has kept it too classic.

At first glance the gameplay may seem short, but the important thing is that Streets of Rage 4 is a valuable title with high replayability and a variety of characters. Yes, it sometimes feels like you are a snail, but the nostalgia comes out on top.

Are you interested in more recently released games? Check out our reviews for Gears Tactics, Fallout 76 Wastelanders, MotoGP 20, and Final Fantasy VII Remake.

It feels great to play a Streets of Rage game again and nostalgia immediately takes over the game, however the game is too slow paced for today. If you have no problem with that, then I definitely recommend giving Streets of Rage 4 a chance.