A dignified action platformer with a tasty return to the past!

Like many other things, the world of video games is also subject to change. If proposing a retro experience a few years ago could still seem like a breath of fresh air, in 2021 the release of similar titles may risk appearing too much. However, the love for pixels of the past continues to be a real ideological stance towards large productions and there is still a need for works of this type.

Nowadays, indie titles crush other indie titles and no longer by big productions. This first work of Mechanical Head Studios would have slipped by with no one knowing. Luckily, the guys of Yacht Club Games (developers of the Shovel Knight series) helped in publishing the project. In the end, they created a certain amount of anticipation for this title. Here is my Cyber Shadow review on PC.

After the media case of Cyberpunk 2077, this type of setting has found more and more space within the market. Mechanical Head Studios succeeds in combining the push forward with an aesthetic and playful style that recalls the old games from Super Nintendo. Specifically, the glorious Ninja Gaiden. This is a clear contradiction that makes me wonder if cyberpunk has really become just a visual fascination suited to the masses. Almost like a simple nostalgia for the eighties. In this Cyber ​​Shadow review, we will see how the game is a more than dignified action platformer, released perhaps at the least suitable moment to allow it to shine. 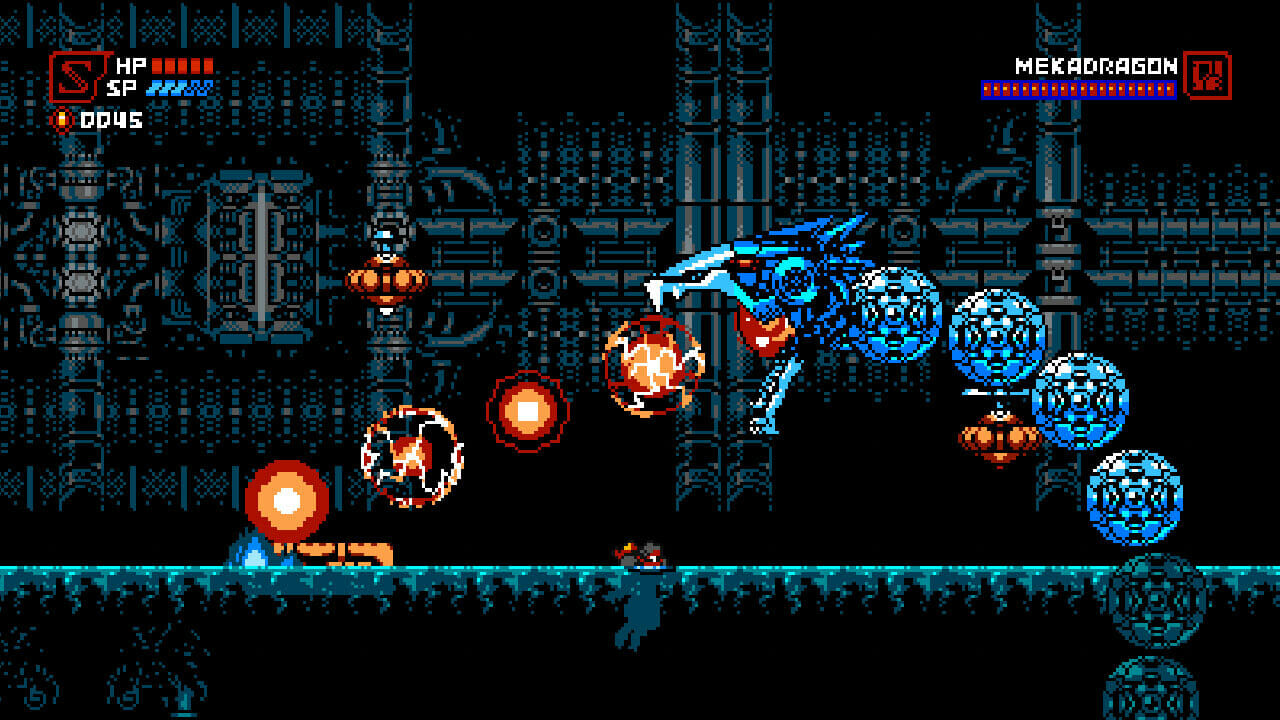 The surface level of the story is all about the city of Mekacity and the evil Dr. Progen. He has taken possession of it with an army of synthetic machines. The player will take on the role of Shadow. Shadow is a ninja cyborg who is also the last remaining member of his clan. His task will be to save his Mistress and to defeat the antagonist and his henchmen. The plot is not exactly the most original, but it unfolds along with a series of static cutscenes that are very pleasant to see.

The aesthetic style results from very successful pixel art and an artistic direction. Shadow, a mute hero, will have to make his way through hordes of cyborgs, He will also gain new powers and work his way through terminals and dialogues. To be honest, it feels like reading a comic. Cyber ​​Shadow expresses itself with essentiality, without ever weighing down the action. This is at times reminiscent of a shonen manga. I really appreciated the rhythm of the story.

Shadow, the last heir of his clan, will become stronger by meditating at some altars and passing some tests. In short, his actual strength lies not in cybernetic enhancements, but in his nature as a warrior and as a human being. The alternative worlds represent some of the best moments of Mechanical Head Studios’ title, both aesthetically and narratively. Take note that this is a bit like what happened in Celeste. The difficulty of the title sometimes also becomes a vehicle for diegetic meanings. 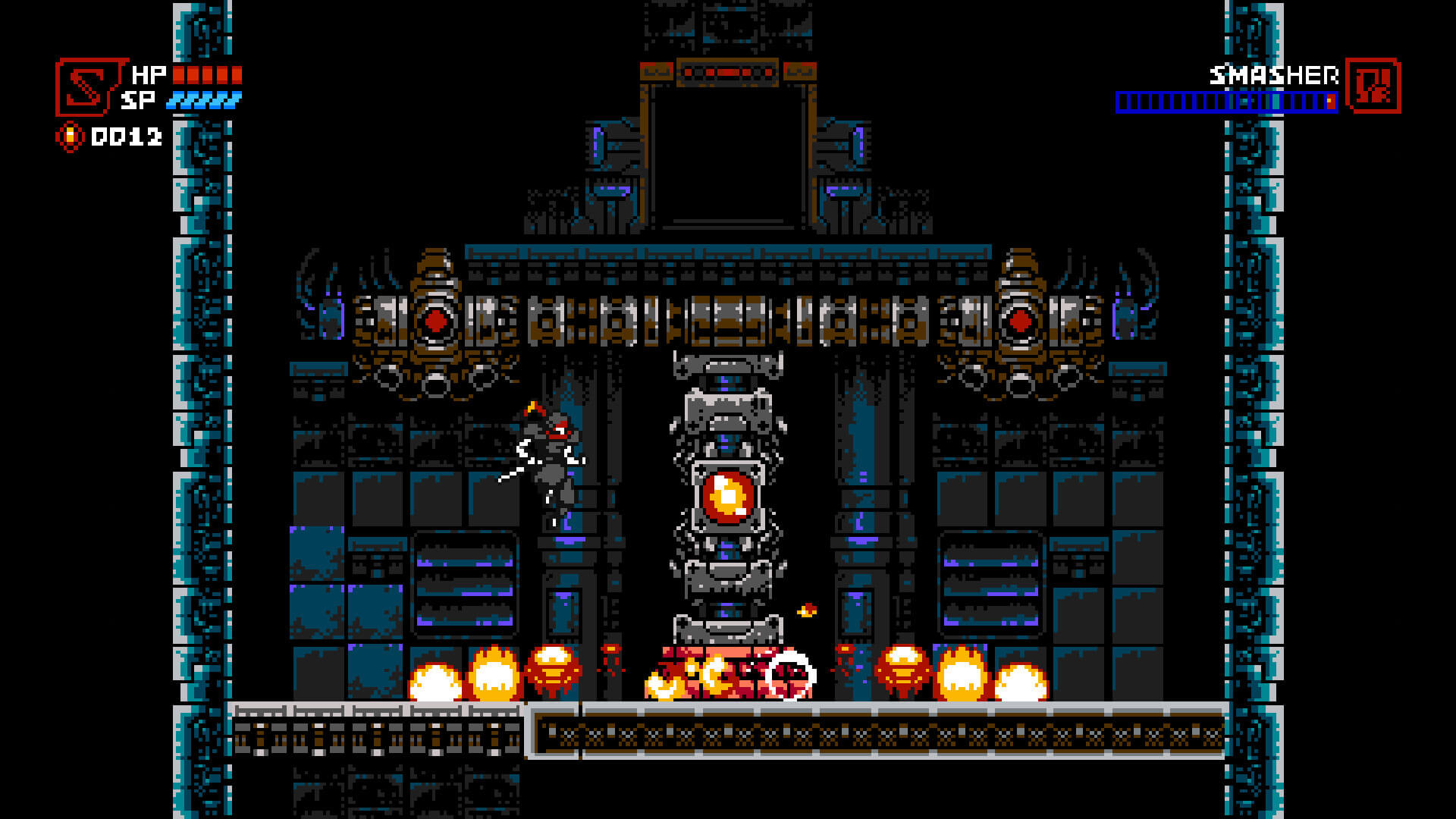 Cyber ​​Shadow gameplay is a tribute to the side-scrolling action platformers that were all the rage in the late 1980s. The controls are really simple and include a button for the attack and one for the jump. Take note that over time you will unlock new skills that will require a few more combinations. Combining this with the retro technical aspect, the feeling you get is that of playing a modern Ninja Gaiden. There is more attention to level design, and the difficulty level is immediately high.

At each checkpoint, in fact, you can unlock temporary upgrades to a specific area that will help you advance quicker. You can go from a barrier capable of absorbing the blows of the opponents to an aerial turret that will fight alongside you. Point management, therefore, becomes a fundamental choice in progression. Is it better to spend points now or save them for the next checkpoint? Everything will depend on how comfortable you feel at a certain sequence.

Mechanical Head Studios’ Cyber ​​Shadow is really difficult but never frustrating. You will die often, but you will always have an incentive to continue. The boss fights are all amazing, diversified, and stimulating. To proceed, you will need to concentrate and enter Zen mode. Calm and coolness, for once, will be really essential. Take note that there are quite a few special and permanent abilities that you can collect at specific moments. For the 8 hours of gameplay, this title will entertain you by always putting you to the test.

To tell the truth, there is one flaw, and it is the only one! The reaction time on the commands is a bit on the slower side. I am referring to the jump button, which sometimes takes a little too long to convert the input into on-screen action. This definitely causes some unwarranted death. The way the developers incorporated wall climbing was also not the best. Sometimes the protagonist will arbitrarily decide to throw himself down. This is a venial flaw. However, it affects a lot in a game where precision is everything. 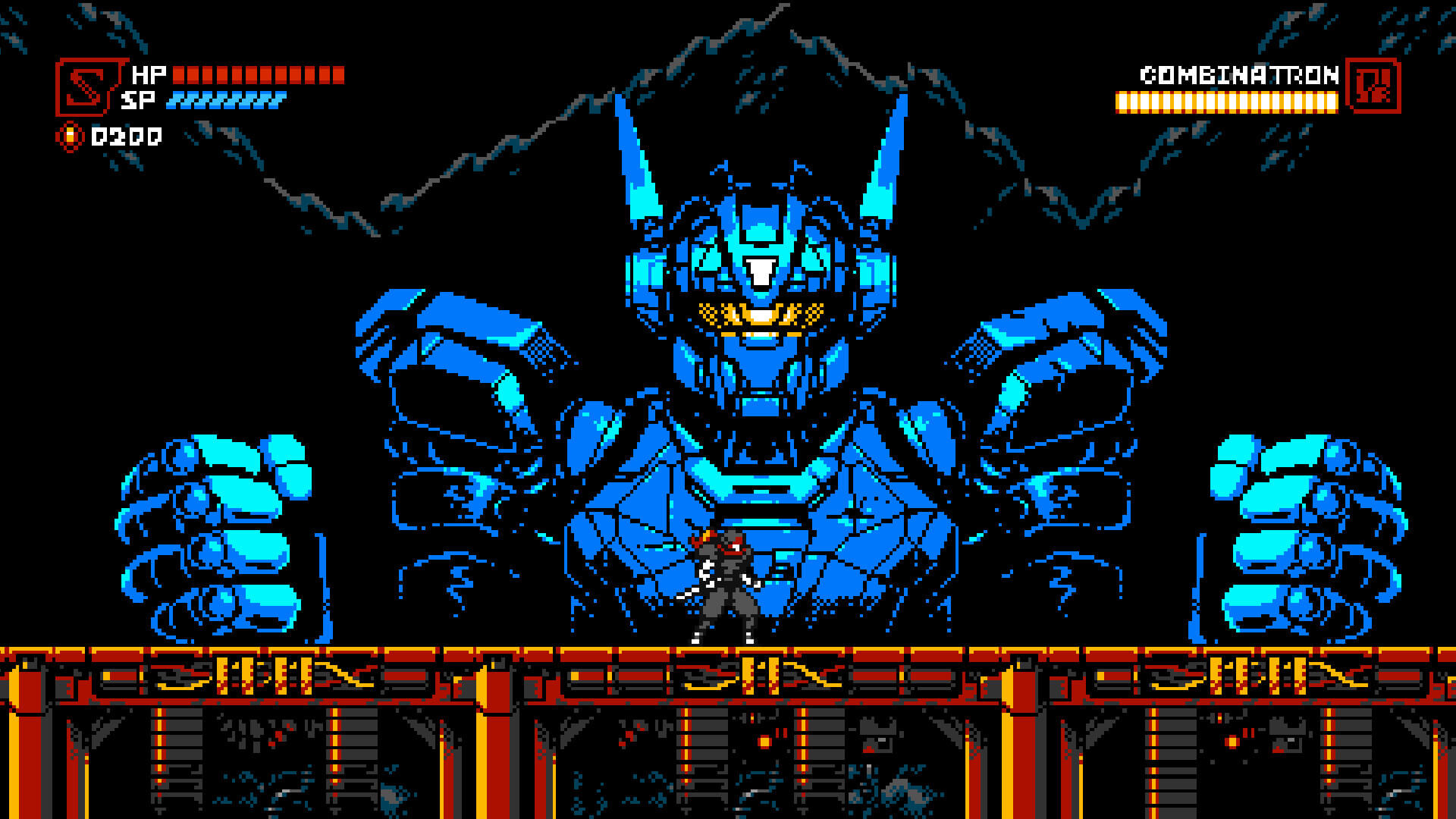 There is little to complain about with the technical aspect of Mechanical Head Studios’ title. Cyber ​​Shadow recreates the atmosphere of a Super Nintendo title thanks to a delightful pixel art style. It is not a very original choice, to be honest, even if the characters and the atmosphere denote a certain formal elegance. The cyberpunk aesthetic of the title is the somewhat superficial one that is the most popular these days. Take note that this is a nostalgic fascination, rather than a complex vision of reality.

The feeling you get while playing the game is that of leafing through a digital manuscript of the past. Almost a bit like when you dig up those old game codes never published to test them with an emulator. Even the audio sector sparks the 80s from all pores and makes my mind run to that distant world made of arcades and tokens. The 8-Bit melodies are really successful and will accompany you with great pleasure throughout the adventure.

Do you want to try Mechanical Head Studios’ Cyber ​​Shadow? What do you think of my Cyber ​​Shadow review on PC? Please leave your thoughts in the comments below. Are you interested in more games? Check out our reviews for Little Nightmares 2, Olija, Sword of the Necromancer, Luciform, Project Starship X, The Pedestrian, and Hitman 3.

This title presents a truly successful gameplay, capable of engaging the player and greatly rewarding you once the many difficulties have been overcome. Too bad for some uncertainty in the commands related to platforming that undermine its effectiveness. All in all, however, I was very impressed!