A farming/dating simulator from the land of the rising sun!

2020 was a downward spiral into the meanders of hell. Many of us have found in video games an escape. A break free from a reality that really knew only of bitterness. Last year, Animal Crossing: New Horizons came out in the best possible time. The Nintendo title has given that breath of fresh air to the quarantine lifestyle. Simulators, in general, has this power. Today, I will talk about another famous series of simulators. To be exact, this is basically a farming simulator. No, I am not talking about the Giants Software series, let’s move a little further east. In the land of the Rising Sun, to be precise, with the title of Natsume. Here is my Harvest Moon One World review on Nintendo Switch.

Everyone knows potatoes. When you live in a small village and only eat potatoes every day, boredom comes pretty quickly. Your protagonist had to wait several years of life to finally change that. One day, in fact, accompanied by his childhood friend Doc, he finds something out of the ordinary. While looking for potatoes, you will come across a sprite who will give you a seed. Next, you will meet Vitae. She is a sprite who will explain to you how the world of Harvest Moon was previously full of fruits, vegetables, and flowers.

The Harvest Goddess, however, has lost vital strength. You must awaken five other spirits and collect their medallions to help the Harvest Goddess. Thus you will set off on an adventure that will take you to explore five different regions. Take note that you will meet many non-playable characters and learn a lot of knowledge about managing a farm. Here you can also change your appearance by choosing sex, color of skin, eyes, and hair. 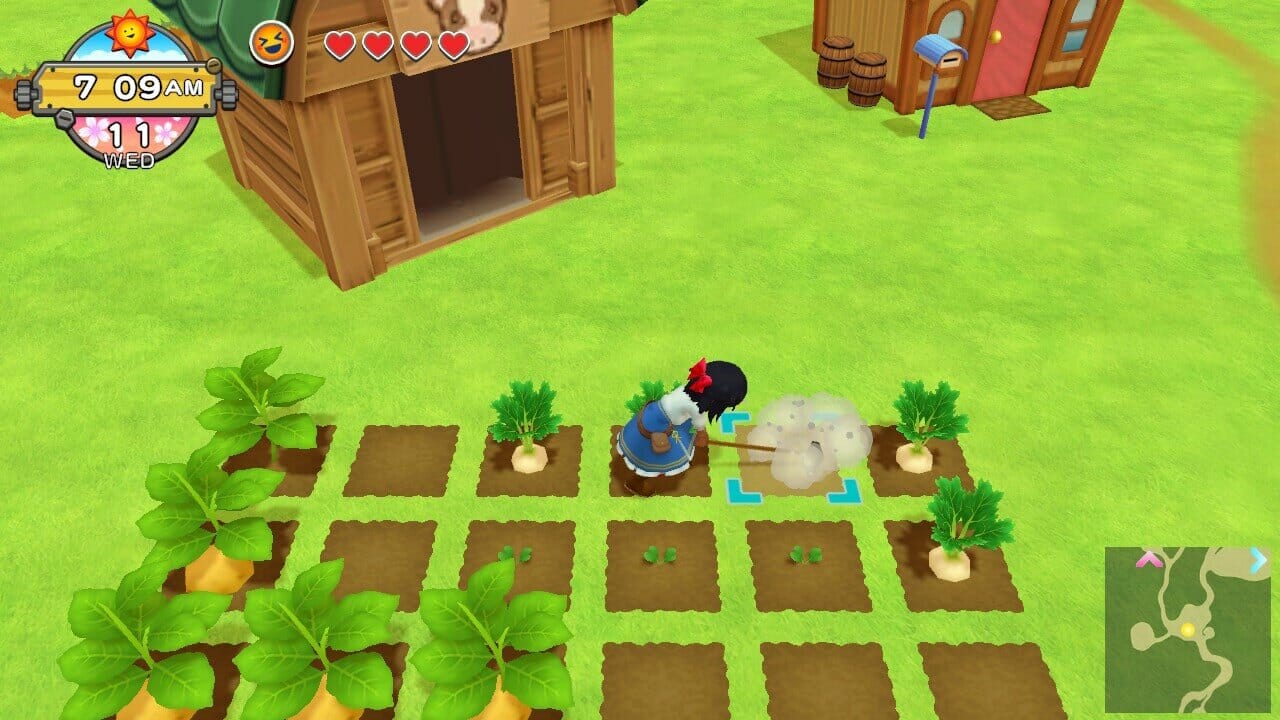 There are definitely big differences between the past and the titles of the Story of Seasons series. Until now, in Natsume’s titles, the activities in the fields and in the management of the animals have been central. In Harvest Moon One World, the situation is slightly different. From the very beginning of the adventure, in fact, Doc will give you a gift of what is in effect a “portable farm”. Take note that some robots that are scattered around the world will show the places where you can expand your base.

This is certainly an original idea that wants to cut ties with the stylistic features of the past. However, this affects the playful experience linked to the management of the farm. The latter turns out to be a more simple base than an actual home to manage. This is a real shame. One thing that really works perfectly is the management of crops and animals. The developers simplified this, and it provides a lot of satisfaction.

Compared to the past, in fact, when you work in the fields or take care of the animals, you will not have to select any specific tool from the menu. You just need it in your inventory and place yourself in front of the desired piece of land or cow. Press A and the game will guess by itself the command to execute. This is perhaps an excessive simplification. However, I assure you that getting up at 6 am, leaving the house, tidying up the crops, brushing the horses, and milking the cows will give a strange feeling of calm and tranquility.

With Harvest Moon One World, Natsume tried to give the series a push towards the exploration of the game world. They failed to a large extent. Yes, the five explorable cities are all quite different from each other, both in narrative and in climate. However, this does not mean that the game world itself is flat, dull, and soulless. Through one of the many useless tutorials, the game will invite you to explore. Take note that you must help the residents in the city and find the various sprites and seeds. 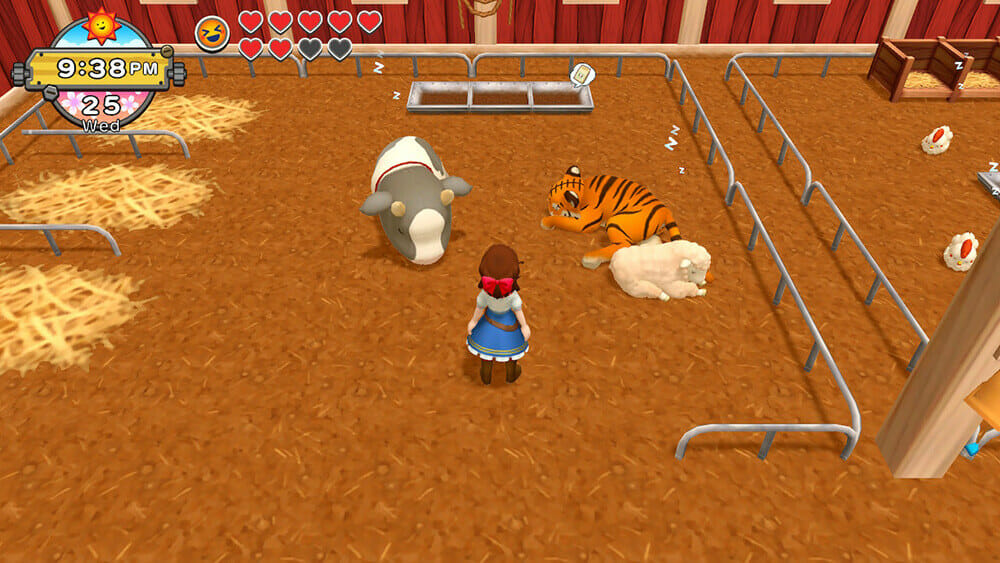 Aesthetically, Harvest Moon One World is not just a low budget title, but something you would expect to find on mobile. You will notice detailed sprites throughout the game, but everything else is far below the threshold of “we had no money”. Exploring the game world will mean traveling first on foot. After that, you can go by horse or teleport. Something you will do most in this game is walking through the environments.

However, it is impossible to deny that Natsume should have done more to make it more attractive. Take note that there are many secondary activities that you can undertake. Besides the classic fishing or searching for materials in the mines, you can take part in many festivals. Between equestrian racing competitions and fishing tournaments, there is a lot to do. There are also many secondary missions, which are almost all trivial fetch quests.

Here, the possibility of using the world map to find the specific seeds for a request was very useful. This makes you avoid wasting hours and hours of gameplay looking for a seed in the wrong area. Another point that Natsume made a big splash about in the Harvest Moon One World presentation is its dating sim component.

Whether you choose a male or female protagonist, you will have five suitors to choose from to start your flirtation. The easiest way to increase the affection of your other half will obviously be gifts. Unfortunately, even maximizing your relationship with the chosen character will not lead to anything special. The lucky one, in fact, will not undergo any significant changes since you met them. The dialogues will change just for a few lines and nothing more. 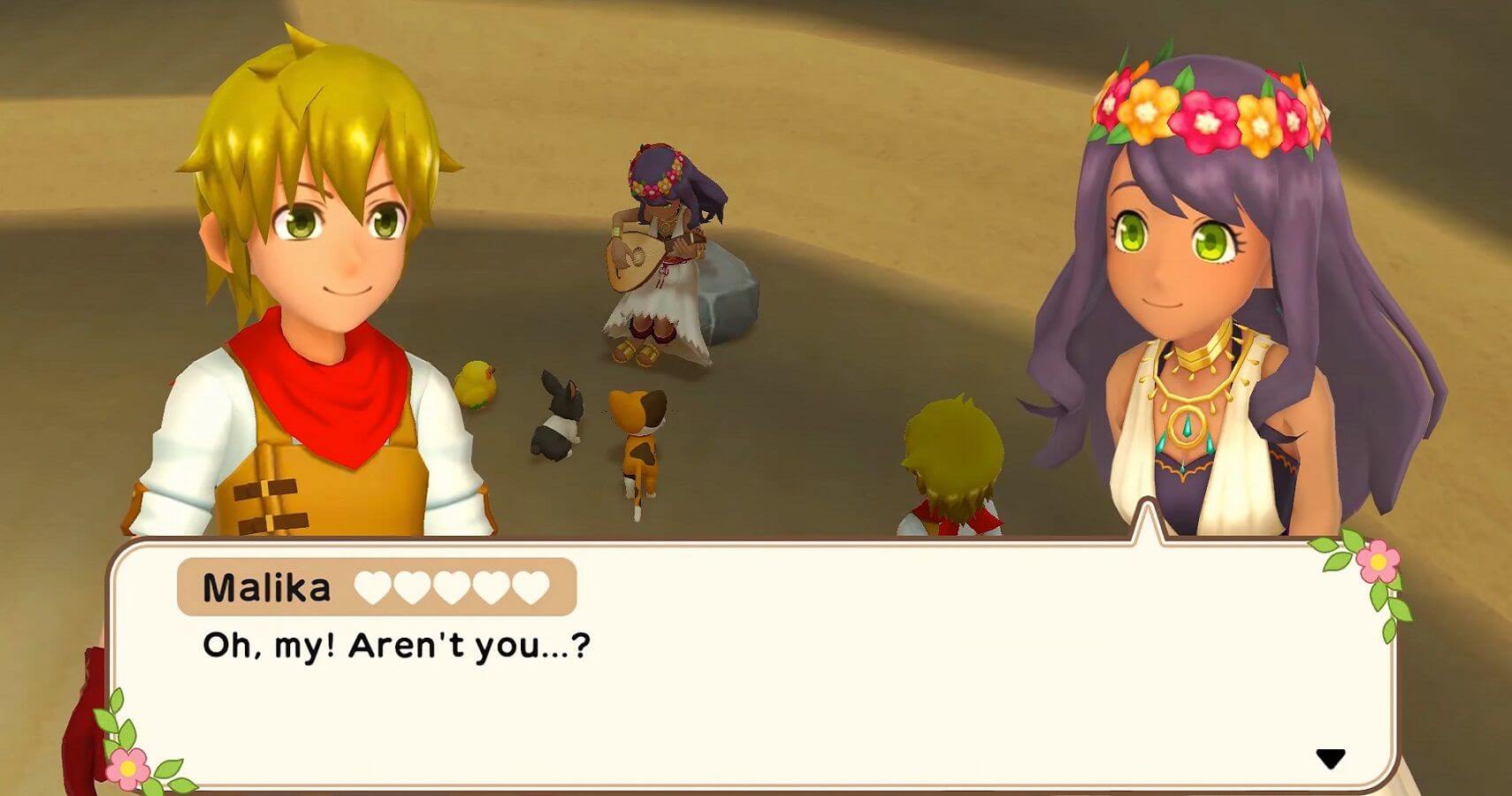 In my Harvest Moon One World review, I have already pointed out how much this is a low-budget title. For this reason, I expected it to run fairly well on the Nintendo Switch. However, it’s not perfect! Throughout my gameplay, I didn’t have any crashes or heavy slowdowns, except in some situations. Unfortunately, Natsume’s title suffers from some graphical glitches that you will notice, especially when riding. In these cases, you will often see black loading areas in the corners of the map. NPCs also disappear and then reappear as if nothing ever happened. Take note that sometimes you have to take a few steps back for them to reappear. The title’s optimization was definitely not at best!

Do you want to try Natsume’s Harvest Moon One World? What do you think of my Harvest Moon One World review on Nintendo Switch? Please leave your thoughts in the comments below. Are you interested in more games? Check out our reviews for Control Ultimate Edition, Cyber Shadow, Turrican Flashback, Little Nightmares 2, and Sword of the Necromancer.

Natsume attempted to relaunch a stumbling series, but failed. Leaving aside the really too simplistic and dated technical sector, the emphasis on exploration that they wanted to add did not give the desired results. However, the simplified and adjusted farming component has definitely captured me!

How to Plan the Best Wedding Reception

How to Plan the Best Wedding Reception